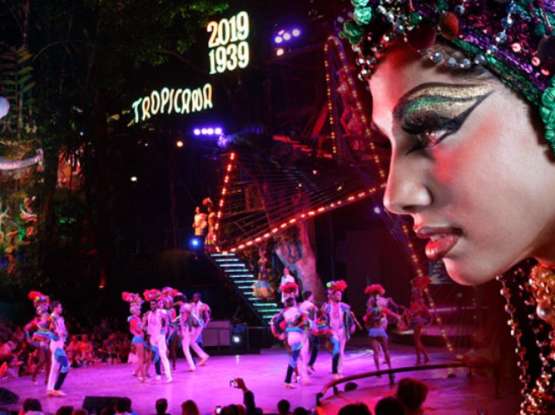 Living legend among the most famous cabarets in the World, Tropicana was officially inaugurated on December 31st, 1939 as Boîte de Nuit (night ballroom). Renowned around the world as “the Mecca of spectacles in the open”, music, dance, sumptuous costumes and a bold arquitecture blend in with its abundant vegetation on its stage.

Built on the land of the once country estate “Villa Mina”, owned by the French Regino Du Rapaire Truffin, its exclusivity and natural atmosphere secured the swift success since the beginning, contrary to the sceptical predictions. Much is owed to Martin Fox in the design of this cabaret which was matchless in the planet: a parabolic arch at the entrance, a passageway among palm trees, aerial dance footbridges, exotic garden decor, as well as the coloring and exuberance that synthetize the image of this paradise under the stars.